Service Dog is Harassed by Police: Please watch the video. 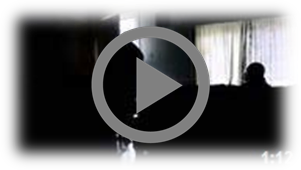 It happened at the home of our client, Gilbert, one of the sweetest people I’ve ever met. He has a Service Dog that is fully trained name “Solea”. I helped train her. Gilbert had severe agoraphobia, and Solea has helped him start to live a normal life. The police showed up at the door as Gilbert’s mother was coming home. They were searching for Gilbert’s sister, who had a warrant for her arrest. She does not even live with Gilbert and his mother. Gilbert said there were 6 officers there, all with guns pointed. He posted it on youtube, and sent it to us. It made me cry. You can bet the Atascosa County Sheriff’s Office will be hearing from me. We responded to Gilbert and asked him the following questions, and here are Gilbert’s replies:

1. What emotions were you going through during the encounter and after the encounter? Gilbert – “I was extremely upset/scared/nervous for us – me and Solea – before we could even step out.”

2. How did Solea help you cope? Gilbert – “She helped me stay as calm as I could under the circumstances of me almost losing her to the ignorance of these officers.”

3. What happened to you and Solea once you exited the home; ie – how did the officers treat you and Solea after the incident? Gilbert – “After we exited the house, a Captain continued to harass and verbally attack me, once again, Solea begins to bark because she can sense my anxiety and she’s protecting me; we have to remember these deputies had guns out and were wearing black vests outside their clothes.” Ironically – the Lieutenant that was the last to leave “apologized” for the Captain’s behavior.

4. How many people were outside your home and in what capacity? Gilbert: “There were 6 officers – all had their weapons drawn and pointed at us.”

5. Who was at home with you and Solea? Gilbert: “My mom and brother.”

There will be more footage of this tomorrow. Apparently, a detective had been out the day before and scoured the home, and was completely aware of the fact that Solea was a Service Dog. Gilbert is filing a complaint against the Captain that continued to harass him and Solea afterward, and is going to press criminal charges for harassment of a Service Dog and Service Dog handler, as well as a code that Gilbert looked up that states that in the state of Texas, if a Service Dog is Harassed or hurt in any way, the person responsible for that action is responsible for any rehabilitation that the Service Dog needs after this traumatization. Gilbert said that Solea is definitely showing signs of trauma.

I think this is definitely worth pressing charges for and alerting the media. Gilbert is handling it, despite his severe anxiety, like a true professional. I am so proud of him. – Laurie