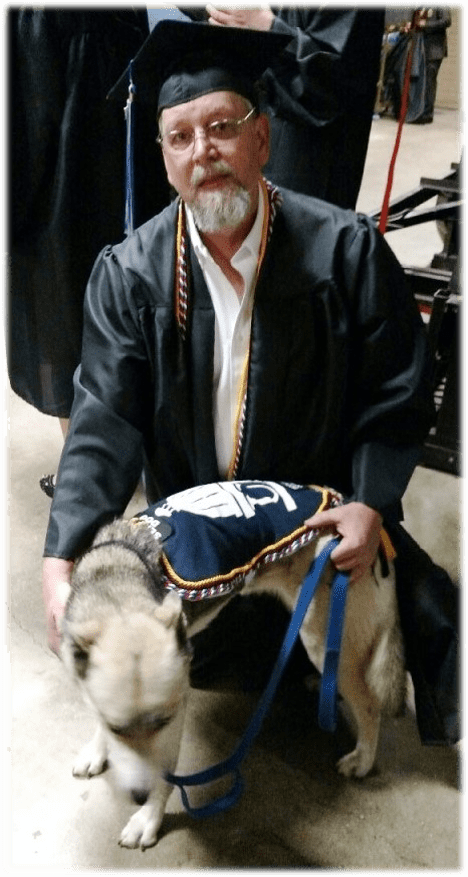 In 2013, I was diagnosed with Post Traumatic Stress Disorder, and started looking into getting a Service Dog to help me after thoroughly researching how Service Dogs can assist those with PTSD.  In January of 2014, I got ‘Max’; a Husky and German Shepherd mix, when she was 9 weeks old.  I started training her as a Service Dog as soon as she was house broken, utilizing my own knowledge from my Psychology Degree and my research on self-training a Service Dog.  ‘Max’ accompanied me everywhere I went after he was fully-trained, including attending classes with me.  He was so helpful in helping me with my studies, and brought so much joy to everyone on campus! 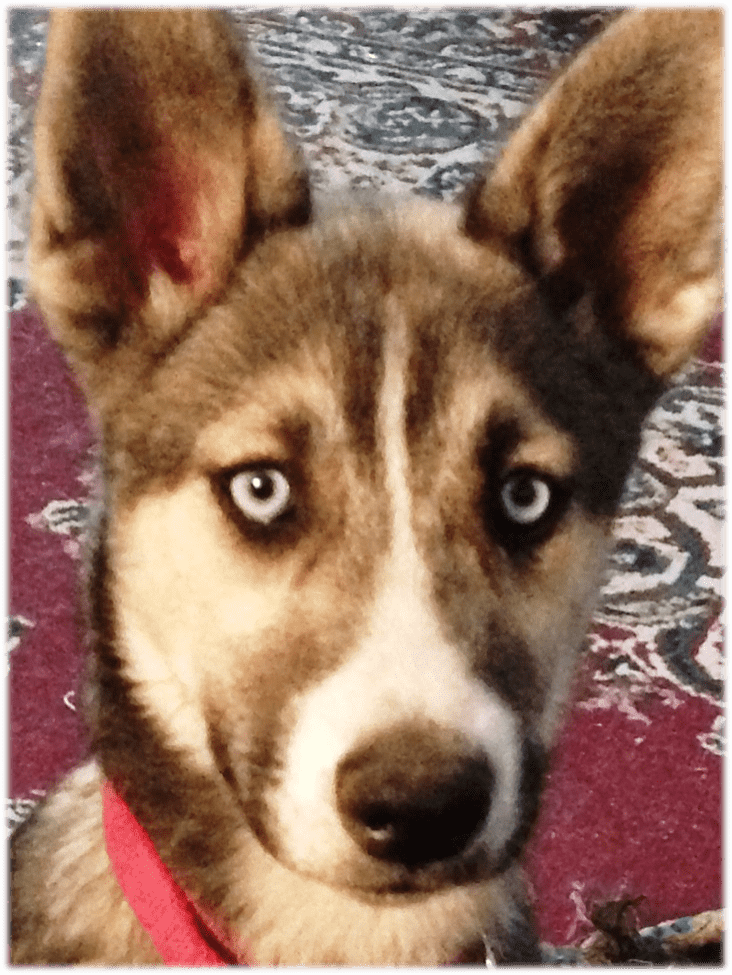 I have been married for 20 years, and my youngest daughter was diagnosed with ADHD.  I knew that a Service Dog could assist her with her ADHD; especially in training her to ‘focus’.  I found her a suitable dog with the right temperament and ability to train in 2015. Their work together bonding and assisting my daughter with focus and patience made them a successful SD/Handler team.  Now, my daughter takes her Service Dog to classes with her at Lincoln Land Community College here in Springfield and she is excelling!

I am currently enrolled in a Master’s program at UIS, and working on becoming a Licensed Mental Health Counselor.  I plan to use ‘Max’ in my career and incorporate ‘Max’ into my practice to help other veterans overcome the same difficulties I had with PTSD.

I have accumulated close to 2000 hours of volunteer service with the American Legion including; organizing everything for send-offs for new recruits leaving for basic training; funerals for those that paid the ultimate sacrifice, protecting our great nation; arranging homecomings for those returning from a deployment to a combat theater; helping veterans clean up after their home has been destroyed by fire or other disasters; and starting fundraisers Veterans needing financial assistance after a prolonged illnesses.  In my spare time, I train Service Dogs and Emotional Support Animals for veterans who are in need of them. 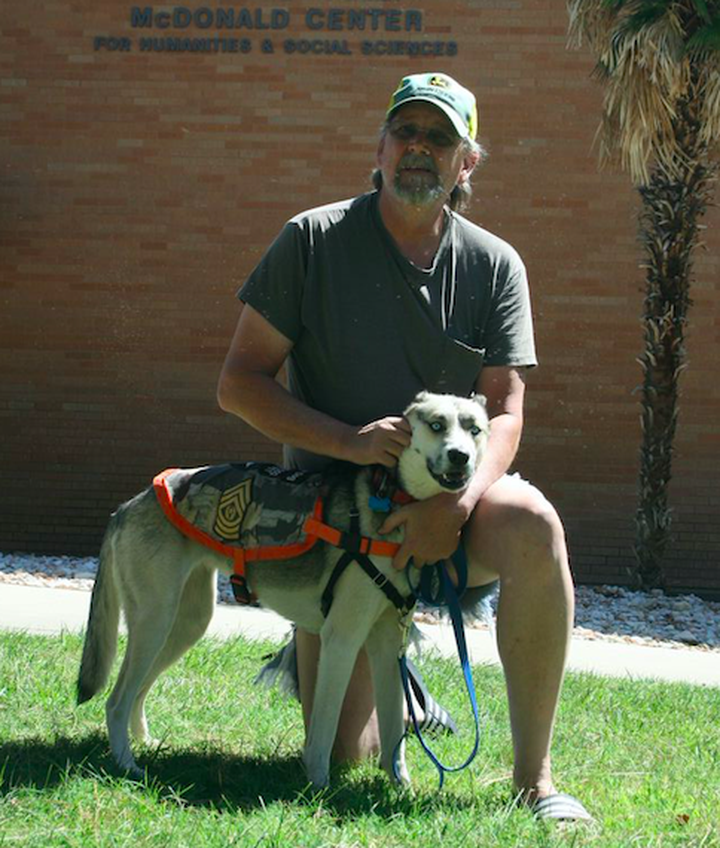 From 2011 to 2015, I was enrolled at Dixie State University.  During this time, I was involved in many different service activities, from helping to organize ‘puppy day’ as a stress relief during finals to fund raisers to help promote actives for the Dixie Psychology Club and the Dixie Veterans Club. I also helped to organize workshops for faculty so that they could recognize when a student might be about to experience a “PTSD episode”, and what common activities in the classroom might be a ‘trigger’ for those episodes so that we could recognize and work through them with the students.  I helped Dr. Craver, Vice President of Human Resources at Dixie State, to bring the school’s Service Dog policy in line with the current Americans with Disabilities Act.  I also presented, during the spring 2014 ‘Dixie Research Day’ on my research paper: The Demonology of PTSD: Are you Dr. Jeckle or Mr. Hyde?”  During the 2015-2016 school year, my Service Dog ‘Max’ was named the “Service Dog of the Year” by the Dean of the School of Humanities at Dixie State University, Richard Featherstone.